Hakune Matata Pig Farm is home to two Kunekune pigs — our breeding pair, Pavarotti and Maybelline — and one miniature pot-bellied pig, Crisco, who is not a breeding pig. And, of course, we are home to piglets until they are old enough to go to their new homes. The pigs live in large pens, each with their own pig house, several trees, ponds, wading pools in the hot weather, and feeding stations. Learn more about our daily routine 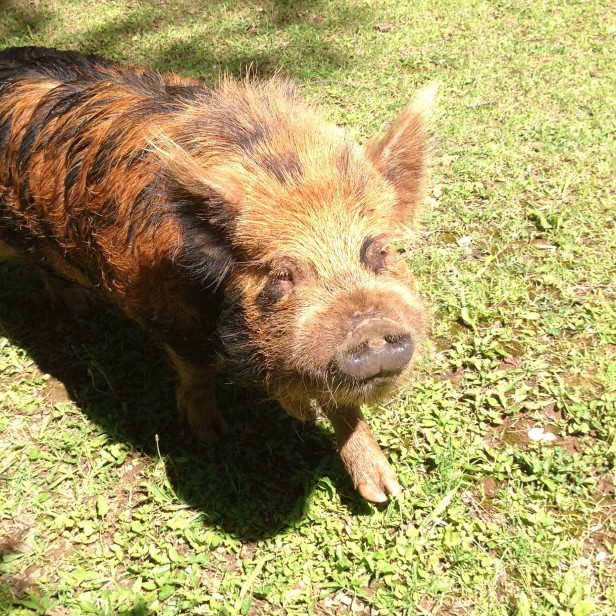 Pavarotti on the lawn 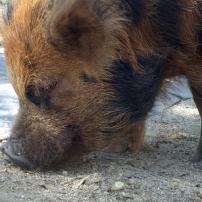 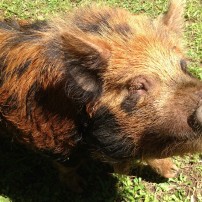 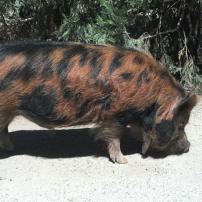 If you visit the ranch around feeding time, you’ll learn quickly how Pavarotti got his name. He has an impressive vocal range and he’s not shy about showing it off. He also enjoys yoga, bananas, and napping in the sun. 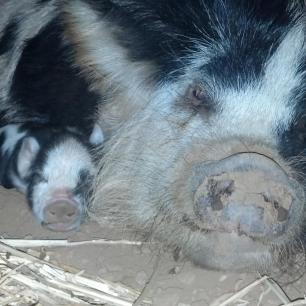 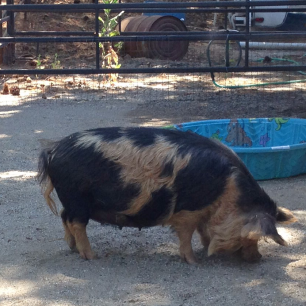 Maybelline in the nursery paddock 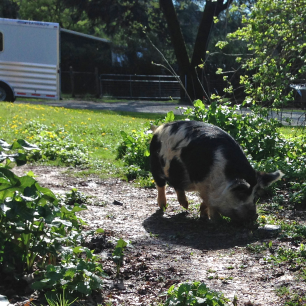 Maybelline on the lawn 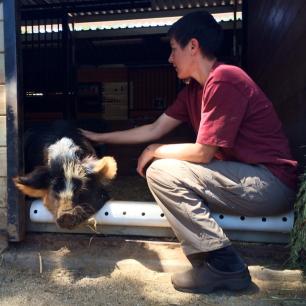 Maybelline has the longest eyelashes we’ve ever seen on a pig, and she knows how to use them. She loves to be brushed and keeps herself nicely groomed. On hot day you’ll find her in her pool keeping cool or in her pond, protecting her delicate skin with nature’s sunscreen — wet clay.

Maybelline came to us from The USA Herd in southern California, one of the first and largest Kunekune breeders in the United States. 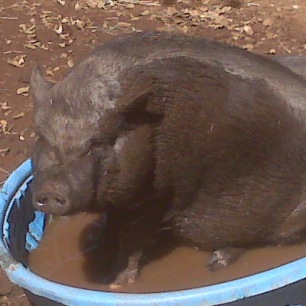 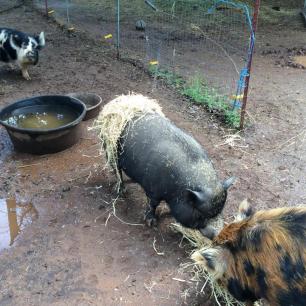 Crisco is a miniature pot-bellied pig who spent his youth as a house pet before he moved to Hakune Matata. He likes to burrow into the straw and thus can often be seen wearing a straw tutu around the pen. He is not a breeding pig, but he and the Kunekunes are friends and play pig games like “chase” and “follow the leader” in the cooler weather.

One thought on “Meet Our Pigs”